BioTechScreening Posting Page
Sunday, March 25, 2012
Drug Testing Matrices
1. Hair has always been plagued by questions of external contamination and “racial bias” (dark hair follicles retain drugs longer than dark hair). The results are delayed causing community protection concerns. The clear advantage is that it can detect drugs for up to three months, though episodes of usage and drug differentiation may prove difficult.

2. Oculomotor is gender neutral, un-invasive and inexpensive. Critics claim that it misses too many true positives due to a shorter window of detection and some suggest that areas like fatigue can be misread by an instrument. It does not have the ability to

differentiate between substances and measures impairment rather than usage. There are no established studies, standards or case law regarding its legal defensibility.

3. Sweat patches offer continuous monitoring but seem to fall off and are subject to tampering. They are gender neutral but are expensive and have never seemed to have caught on for various reasons.

4. Oral fluids enjoy the benefit of being a gender neutral process and seems virtually immune to tampering. Oral fluid testing devices are also as accurate as the other matrices in detecting drugs of abuse except for marijuana. There is very little THC in oral fluids and if the detection of this drug is important to your program, this may not be your matrix of choice. It is also a more dangerous bodily fluid when compared to urine which is sterile. 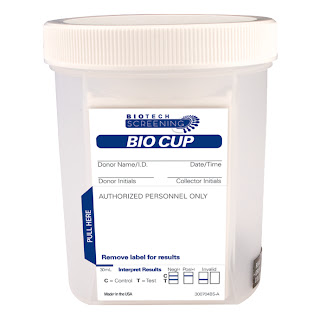 5. Urine. This is and will continue to be the matrix of choice for at least the near term. Drugs and their metabolites are highly concentrated in urine and it is an inexpensive means to test for a wide variety of drugs. Devices are FDA cleared and the standards well established. Panels are easily customizable allowing tailoring a regimen for a specific area. It appears to be the most legally defensible means to test for drugs of abuse. It is, however, subject to test tampering and effective programs should consider having specimen validity tests (SVT) available to insure the integrity of their drug testing process. Most adulterants take at least a few hours to work their magic so the best time to administer an SVT is at the time of collection.

Screening is available on our on-site devices and via our laboratory services for drug abuse testing kits.